From production to transportation and development, our expertise and commitment to excellence set us apart.

To be the premier provider of bulk aggregate and logistics services in the Rocky Mountain region. 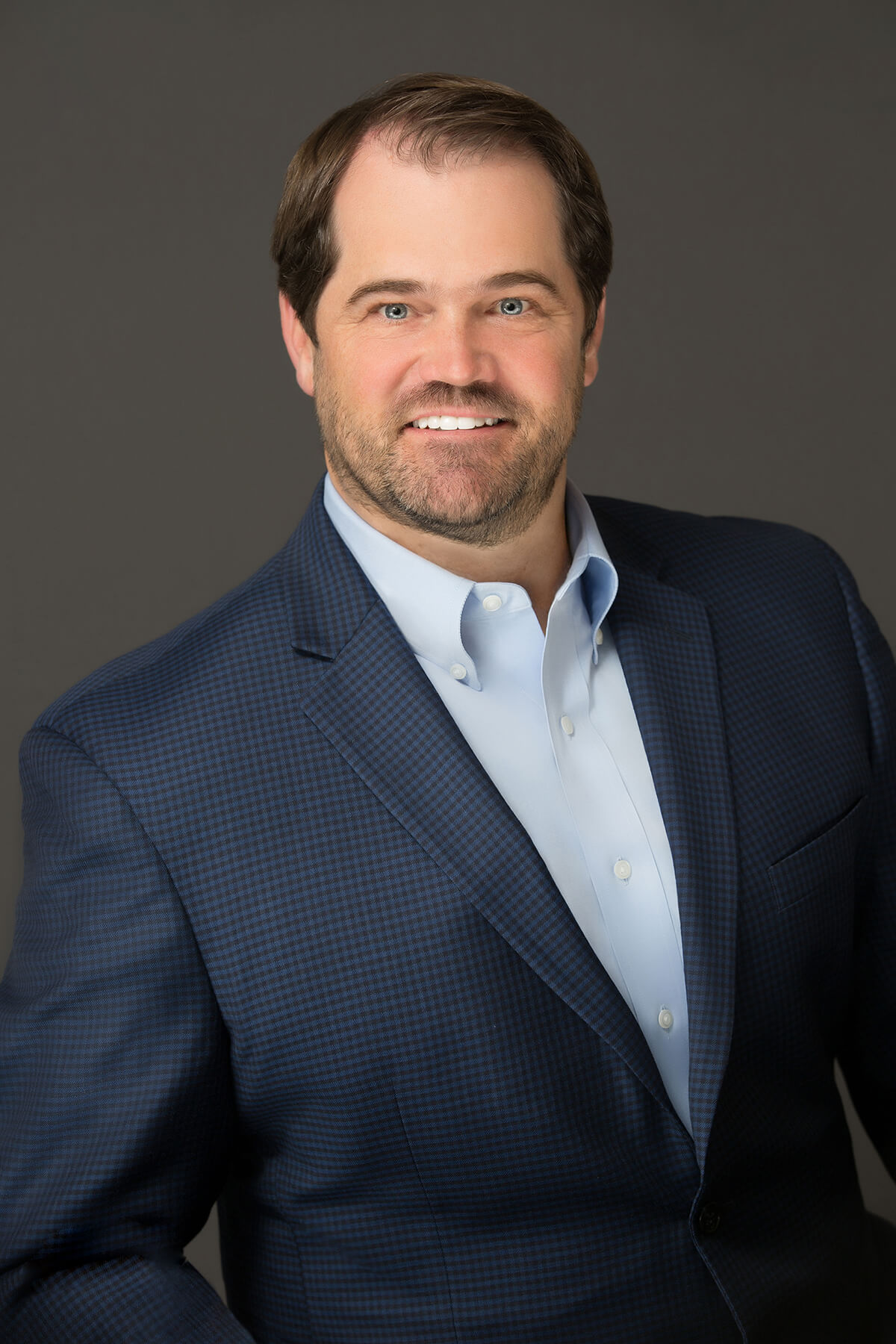 Mr. Fallin serves as Chief Executive Officer at RMI. He has 22 years of sales and operational experience within the construction materials industry. Mr. Fallin is responsible for overseeing the field sales effort, sales strategy and process, and overall revenue generation. Most recently, he spent 17 years with PrimeSource Building Products, a 1.4 billion-dollar private equity owned building materials distribution company. With PrimeSource, Mr. Fallin held several senior level roles such as Region Vice President and Vice President of Field Sales. Mr. Fallin began his career working for Georgia Pacific Corp. in Supply Chain and Sales and holds a Bachelor’s degree in Marketing from the University of Colorado in Boulder, Colorado. 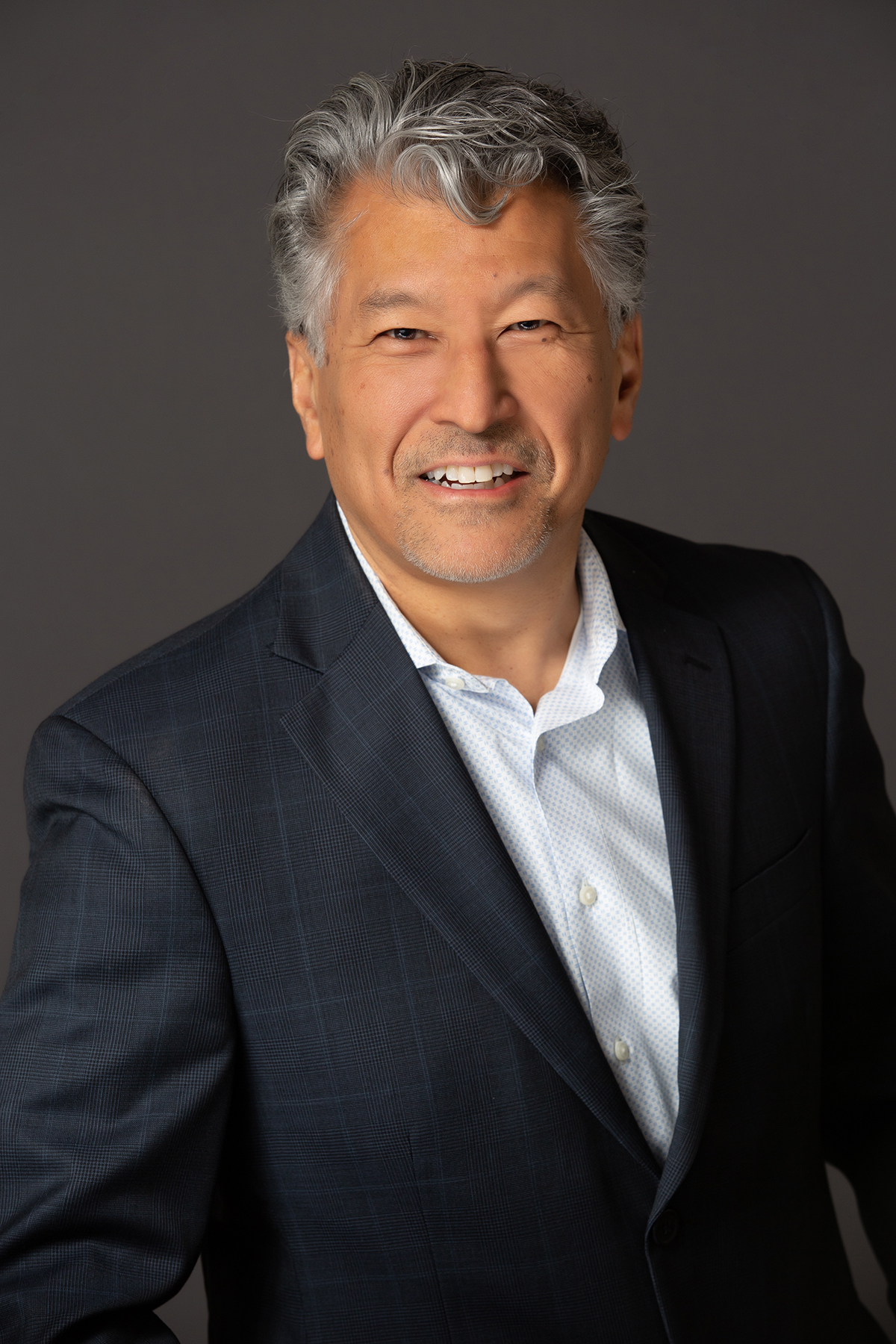 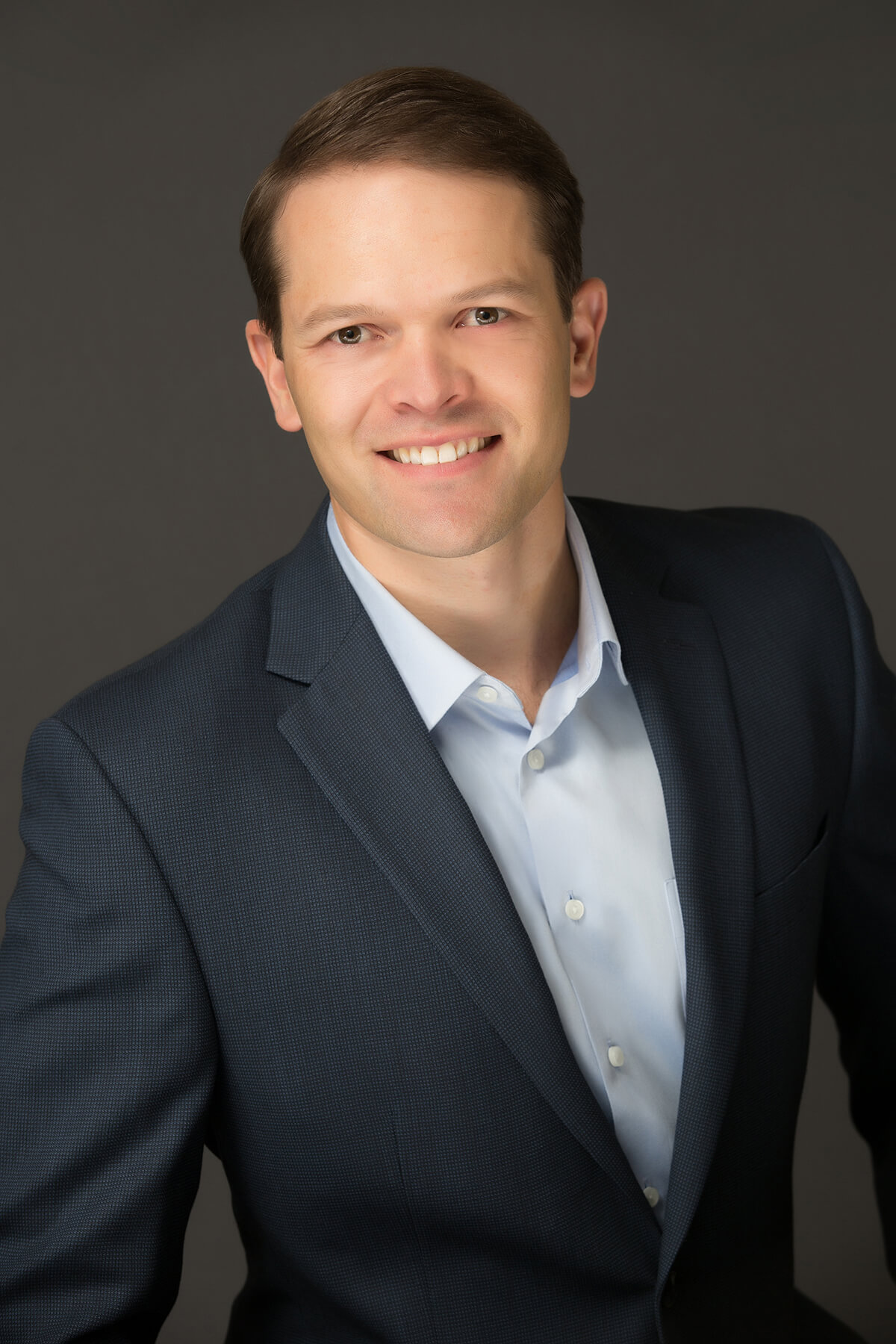 Mr. Wagner serves as Vice President of Engineering for RMI, responsible for overseeing all engineering related functions including planning, permitting, production forecasting, and operational improvements. Mr. Wagner brings broad knowledge in engineering design, operations planning and management, and process improvement methodologies. He started his career with Arch Coal as a mining engineer and moved into roles as a production manager and director of process improvement. Prior to joining RMI, Mr. Wagner was the Executive Manager of First ECA Midstream, where he oversaw the development and management of $280 million of pipeline and compression assets in PA and WV. Mr. Wagner holds a BS in Mining Engineering from the Colorado School of Mines, and an MBA from Colorado Christian University. He is a Registered Professional Mining Engineer. 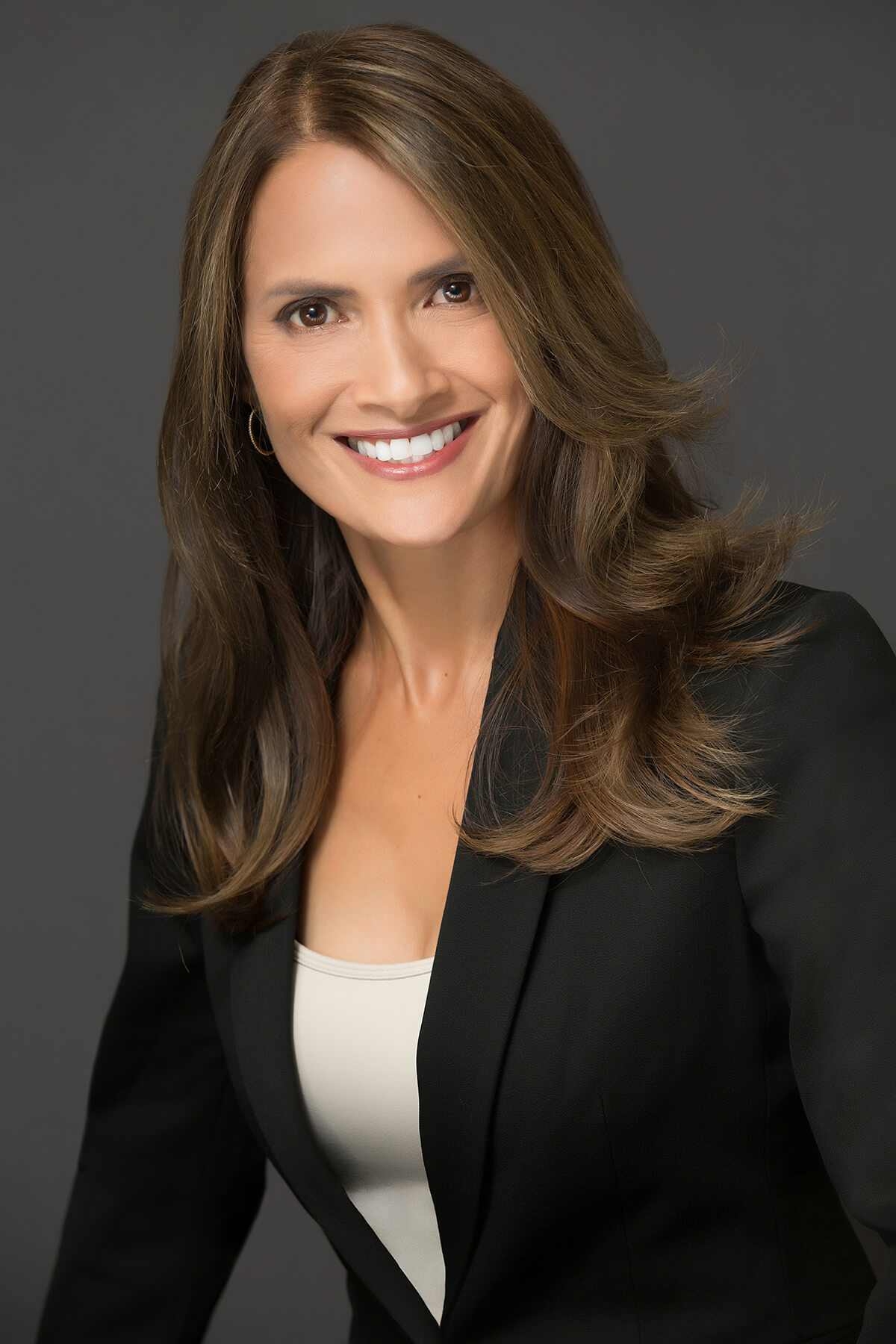 Ms. Hostelley serves as Vice President, HR & Compliance for RMI, responsible for the design, implementation, management, and administration of all HR operations, including compensation and benefits, employee relations, recruitment, workplace safety and compliance. As a Human Resource professional with 18 years’ experience, she has held leadership positions for Fortune 500 firms and venture-funded startup organizations. Also, a certified paralegal with 5 years of senior litigation experience, Ms. Hostelley uses her legal acumen to assist the Company with issues including EEOC, ethics and regulatory compliance. Ms. Hostelley holds a bachelor’s degree in Business Management from Washington State University and is an active member of the Society for Human Resource Management (SHRM) on a national and local level. 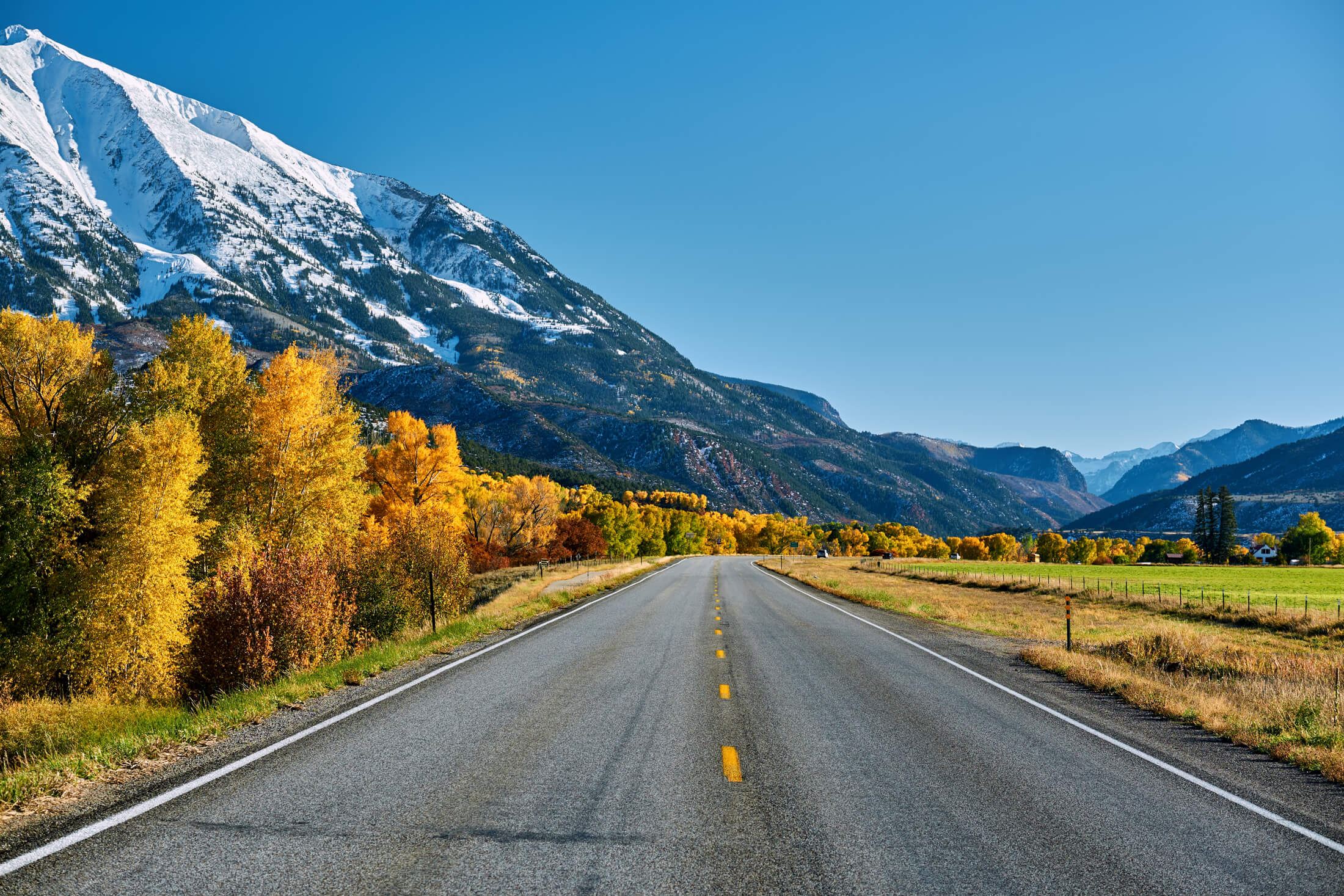 RMI was founded in 2015 with the vision to become the premier provider of bulk aggregate and logistics services in the Rocky Mountain region. We are committed to working with our customers to complete projects faster and more cost effectively.

Our values serve as our cultural cornerstones and guide our decisions and actions. 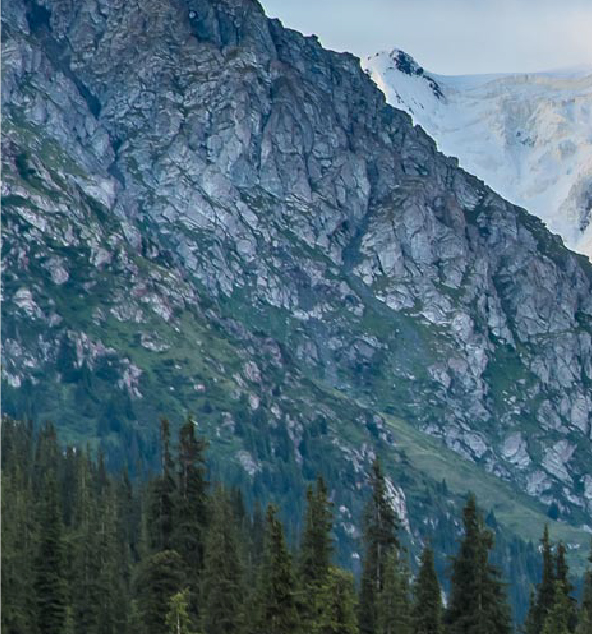 Grit is the strength of our character. Passionate purpose drives perseverance. We believe people with grit can achieve anything.

Excellence is exceeding all known performance expectations. We believe excellence is a commitment to value creation.

Trust is the foundation of our culture. Trust enables us to scale individual talents to more meaningful collective achievements. We believe trust is the connection between mutual respect and safety.

Kaizen translates to “continuous self-development”. Kaizen is how we challenge our own mindset by developing strong willpower to break the status quo. We believe kaizen enables us to reach our full potential.

Mr. Brownstein has been an active member of the resource community for 20 years having founded and financed multiple hydrocarbon and mining companies. Mr. Brownstein was the Co-Founder of the Banc of California. Previously Mr. Brownstein was a principal member of Crescent Capital Group focused on Special Situations (formerly Trust Company of the West Leveraged Finance Group). He was a Senior Advisor at Knowledge Universe Ltd., where he focused on turnaround operations and private equity investing. Prior to that, he was a Partner at ITU Ventures making venture and growth investments with a specialization in corporate strategy. While at ITU, Mr. Brownstein founded businesses and created exits to companies including Nokia, Weyerhaeuser, and AMO. Mr. Brownstein began his career at Donaldson Lufkin & Jenrette in the Merchant and Investment Banking divisions. Mr. Brownstein is a member of the LA 2028 Olympic Exploratory Board and is a member of the Cedars Sinai Board of Governors. Mr. Brownstein attended Columbia Business School and received his BA from Tulane University.

Mr. Dangler has founded and operated multiple industrial companies in the Western US over the last decade.  Mr. Dangler leverages his expertise in industrial operations and infrastructure development by applying innovative technology solutions, data science, and risk management.  Mr. Dangler began his professional career as an Air Force officer where he was awarded a meritorious service medal for delivering a comprehensive space launch program, directly supporting over 20 national security space missions. Mr. Dangler received a BS in Mechanical Engineering from the US Air Force Academy and an MBA from the University of Southern California.

Dr. Barry Munitz is a founding partner and Director of RMI. Dr. Munitz is Chancellor Emeritus of the California State University System, President of the Cotsen Foundations for the Art of Teaching and for Academic Research, Vice Chair of the Broad Family Education Foundation (TBC), and Senior Advisor to the Milken Institute. Previously, Dr. Munitz served as President and CEO of the J. Paul Getty Trust, overseeing the two museums, the Foundation, the Research and the Conservation Institutes, and managing the endowment portfolio. At California State University, he supervised the expansion from 18 to 23 campuses, with student enrollment now reaching over one half million, and more than 50,000 employees. As a corporate executive for a decade, he was President of Federated Development, and vice chairman of the publicly held Maxxam Corporation, a natural resources, finance, and real estate holding company. Dr. Munitz was the founding (and the only) chair of California’s P-16 Council, a group of education, business, and community leaders charged with developing strategies to improve education from preschool through post-graduate, while also chairing the California Education Roundtable. He was a Trustee of the Courtauld Institute in London, is a founding board member of Sherry Lansing’s En Corps board, and was a 20-year director at Navient (formerly Sallie Mae), was a public director of the Sun America Corporation, Kaufman & Broad, and Leapfrog Incorporated, and chaired the board of trustees at Sierra Nevada College and the American Council of Education. Dr. Munitz is a member of the American Academy of Arts and Sciences, and held the White House seat on the Congressional Higher Education Cost Commission. He was Chancellor of the University of Houston and academic vice president of the University of Illinois system. He received a Ph.D. in comparative literature from Princeton University, after a Baccalaureate degree at Brooklyn College, and holds honorary degrees from Whittier College, Claremont Graduate University, the California State University, the University of Southern California, Notre Dame, Pepperdine, and the University of Edinburgh.

Adrian began his career as an investment analyst at Parson Penny and Co in Edinburgh in 1995 and Quilter Goodison in London before moving in 1998 to build and manage the highly successful alternative investments operation at Bank of Bermuda. For the 5 years up to 2007 he managed a multi-family office in London, responsible for hedge fund investments, direct investments and also asset-raising for co-investment opportunities.

He started Exception Capital in 2007 and has developed the business into a multi-family office managing European and American families. The focus is on finding exceptional investment opportunities for high net worth families.

Since September 2012 he has been managing the multi award-winning Family Fund, which is anchored by a Milan based family. Exception Capital has previously won the ‘Excellence in Investment Management’ award at the Alternative Investment Awards and Adrian was named ‘Gamechanger of the Year (Investment Management)’ in the ACQ Global Awards 2015.

He has successfully completed over $1billion of structuring, capital and fund- raising projects for several private companies and alternative funds. In addition, he sits on a number of public and private company boards in the U.S and U.K. and has lived and worked in Asia, Europe, the U.K and is now based in Los Angeles.

Adrian was educated in the UK and the US as an English Speaking Union Schoolboy Scholar. An undergraduate degree from Hull University was followed by an MSc from Heriot-Watt University in Edinburgh. He is a Member of the U.K Securities Institute and accredited by the UK’s Financial Services Authority and FINRA in the U.S.

Brandon Pilot serves as a Director of RMI. Mr. Pilot is a Partner at Bienville Capital, a New York based investment firm. He serves on the investment team focused on the firm’s private capital opportunities and works closely with several of Bienville’s family office relationships. Prior to Bienville, Mr. Pilot worked on the investment team for a single-family office. Prior to the single-family office, Mr. Pilot worked as an Analyst at Founders Investment Banking, a middle-market investment bank focused on the industrial services sector. Mr. Pilot earned a Master’s Degree in Business Administration with a concentration in Finance, and a Bachelor’s Degree in Business Management from The University of Alabama. Mr. Pilot is on the Board of Outback America and is a Co-founder of the Believe UA Mentoring Program. 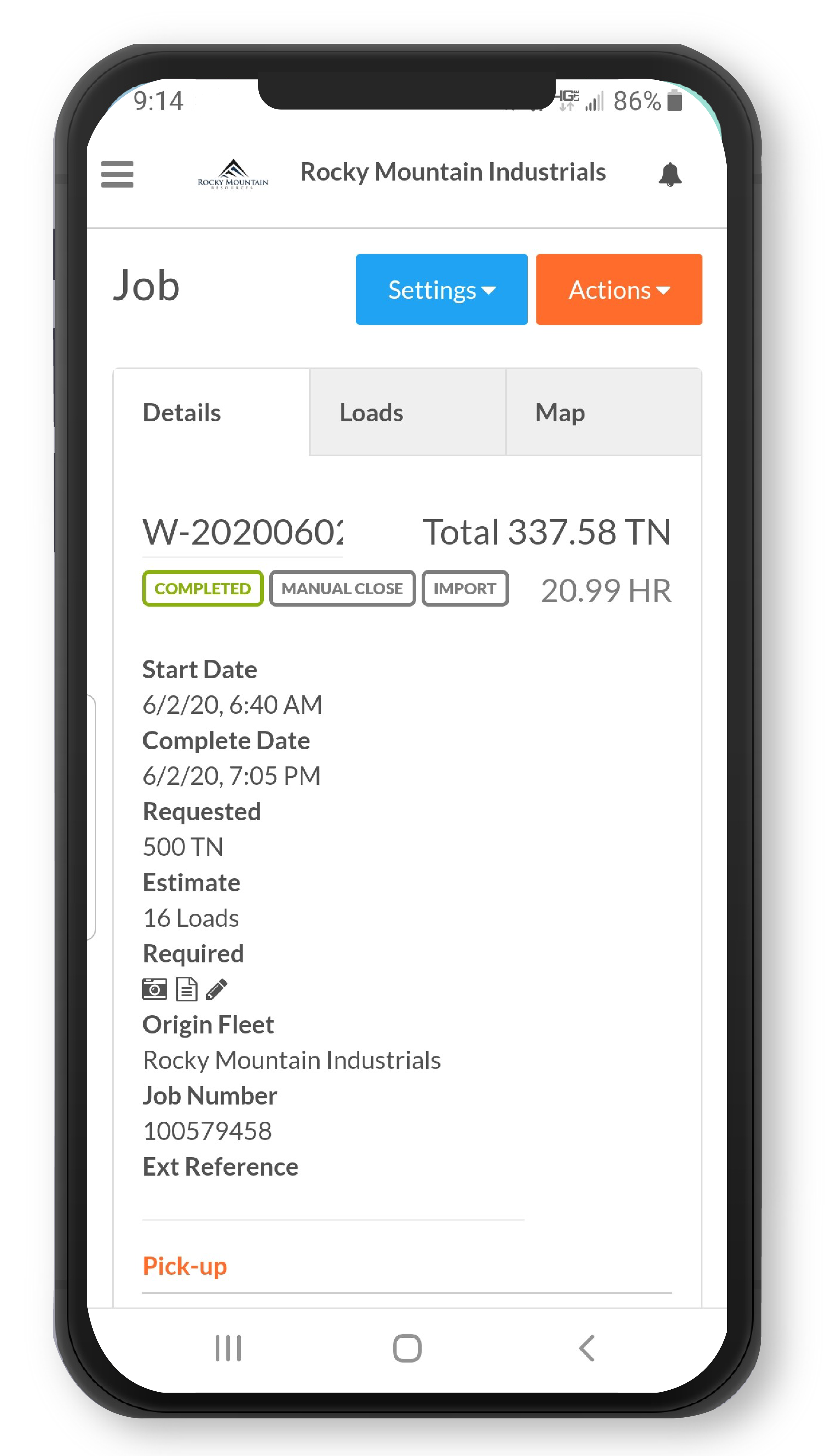 Modern logistics challenges require advanced capabilities and creative thinking. Customer expectations are high, projects have complex constraints, and material and logistics sourcing are often times difficult and time-consuming. Innovation and applied technology have become the foundation for becoming the premier provider of bulk aggregate and transportation logistics throughout the Rocky Mountain region.